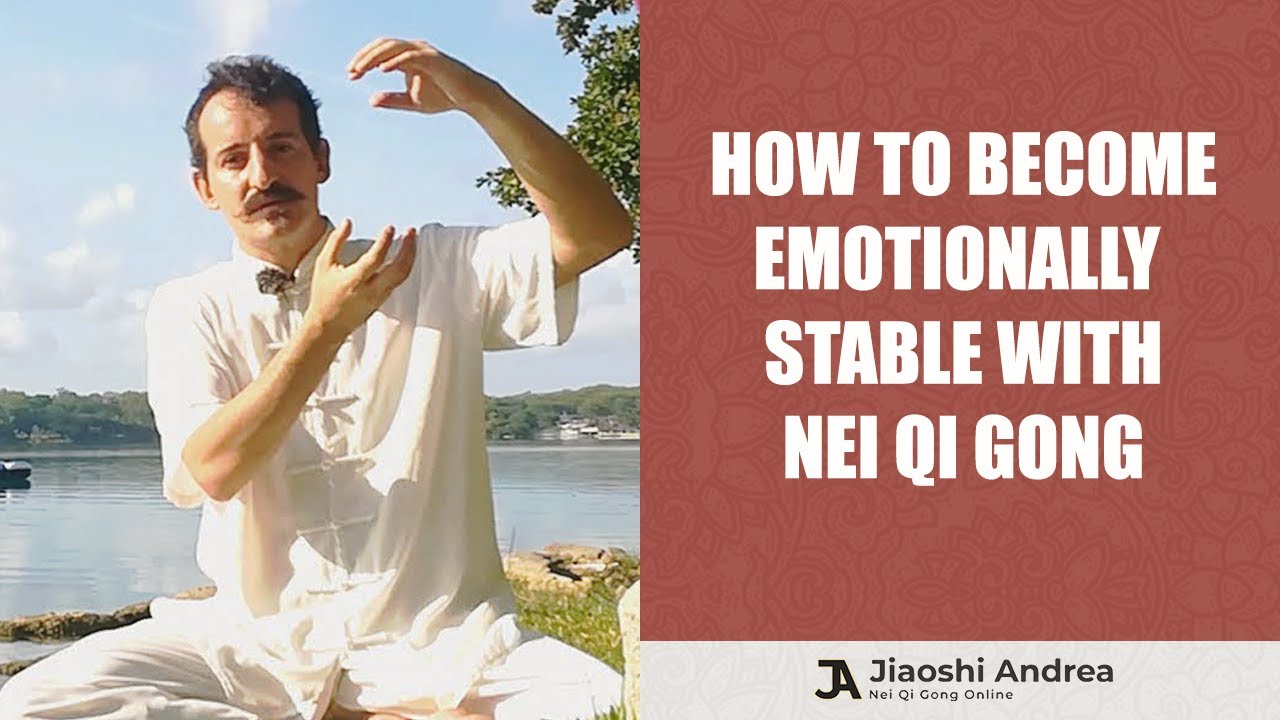 How To Become Emotionally Stable With Qi Gong

When we start following a spiritual path we do it for several reasons: some of us are looking for a more meaningful life, and others want to resolve their inner conflicts and have a pleasant experience in life. Growing personally or spiritually involves big work. It is not something that society encourages us to do, especially because does not make money. It requires money and time! It is also the toughest thing to do because it means discovering and facing our personal limit 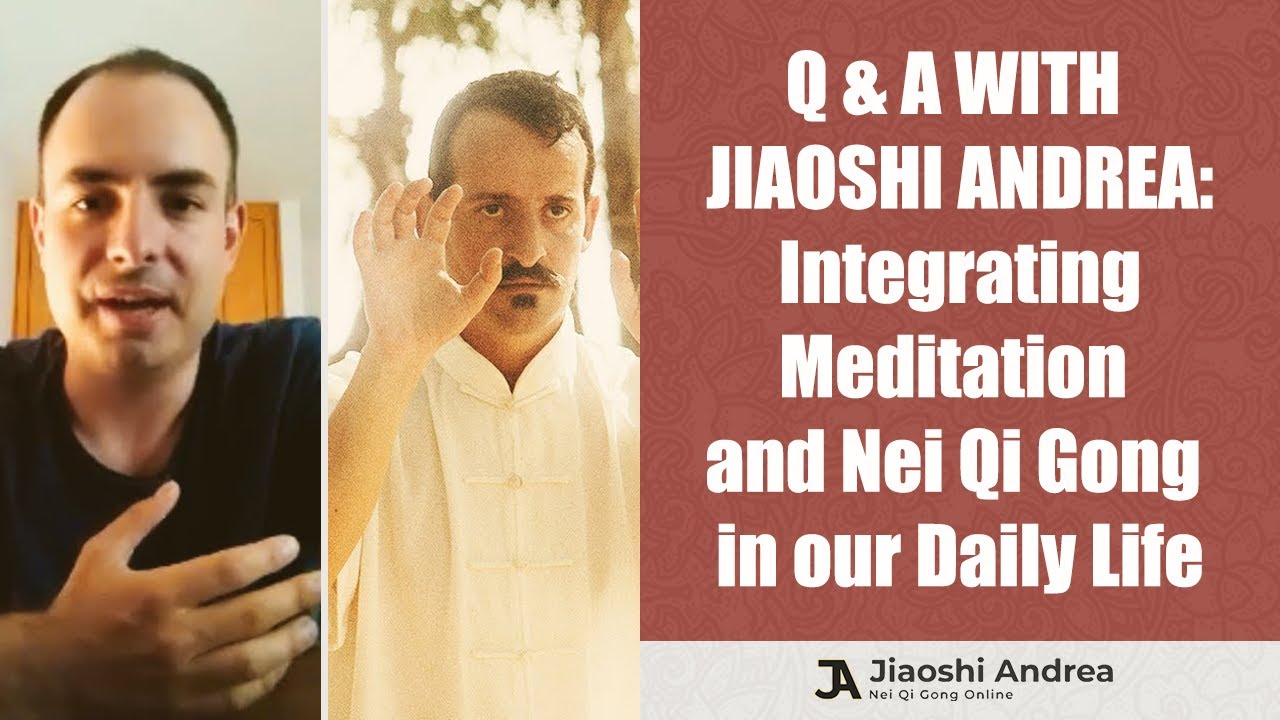 I have recently asked my followers and students if there was any topic that they would like to touch on together in an open discussion that would have been shared on my Youtube channel. In this video, I am talking with Julian from Cyprus, one of my students that recently started the path of Nei Qi Gong. It was very interesting to talk together and explore certain topics related to Meditation, Qi Gong, and their practical integration/implication in our daily lives. Most of us 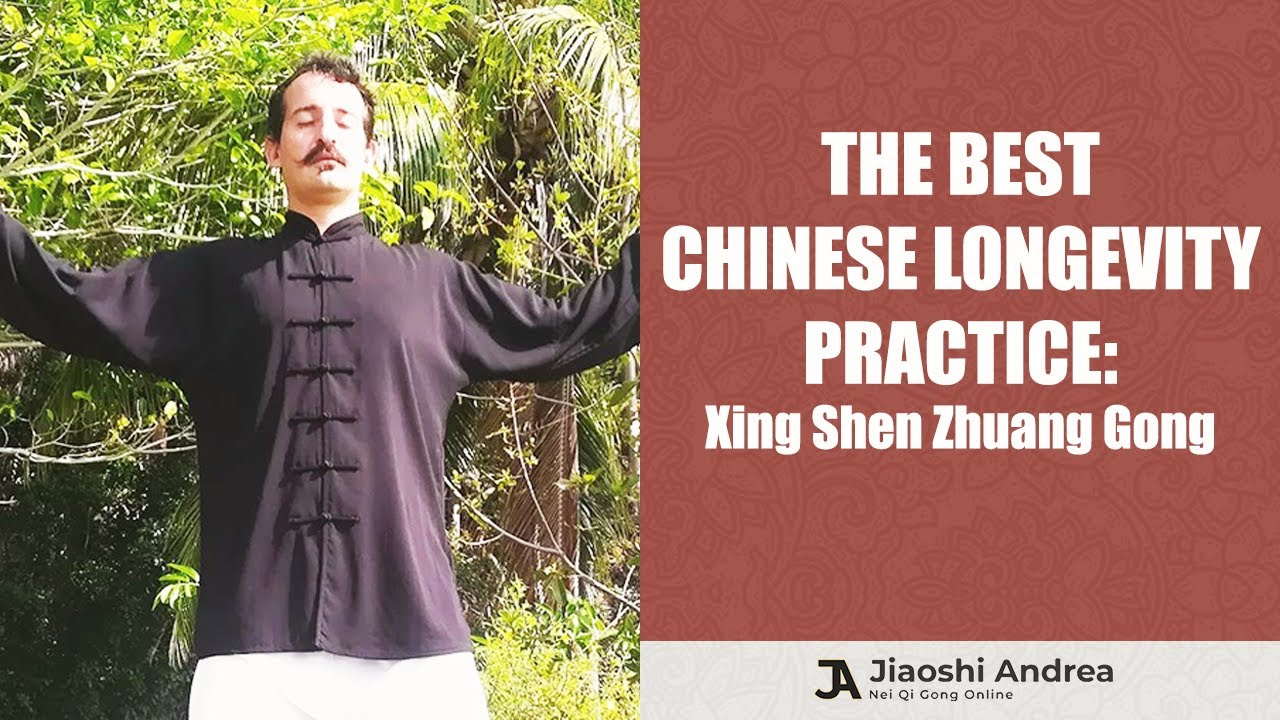 The first level of the Nei Qi Gong system is called "Xing Shen Zhuang Gong", which means "the unification of the spirit with the frame". It is considered to be the best Chinese longevity practice because unlocks the circulation of Qi in the whole body through the meridians regulating health, strength, psycho-physical well-being, longevity, and awareness. It is the most "physical" practice of Nei Qi Gong because it consists of 15 exercises that unlock the joints, improves post 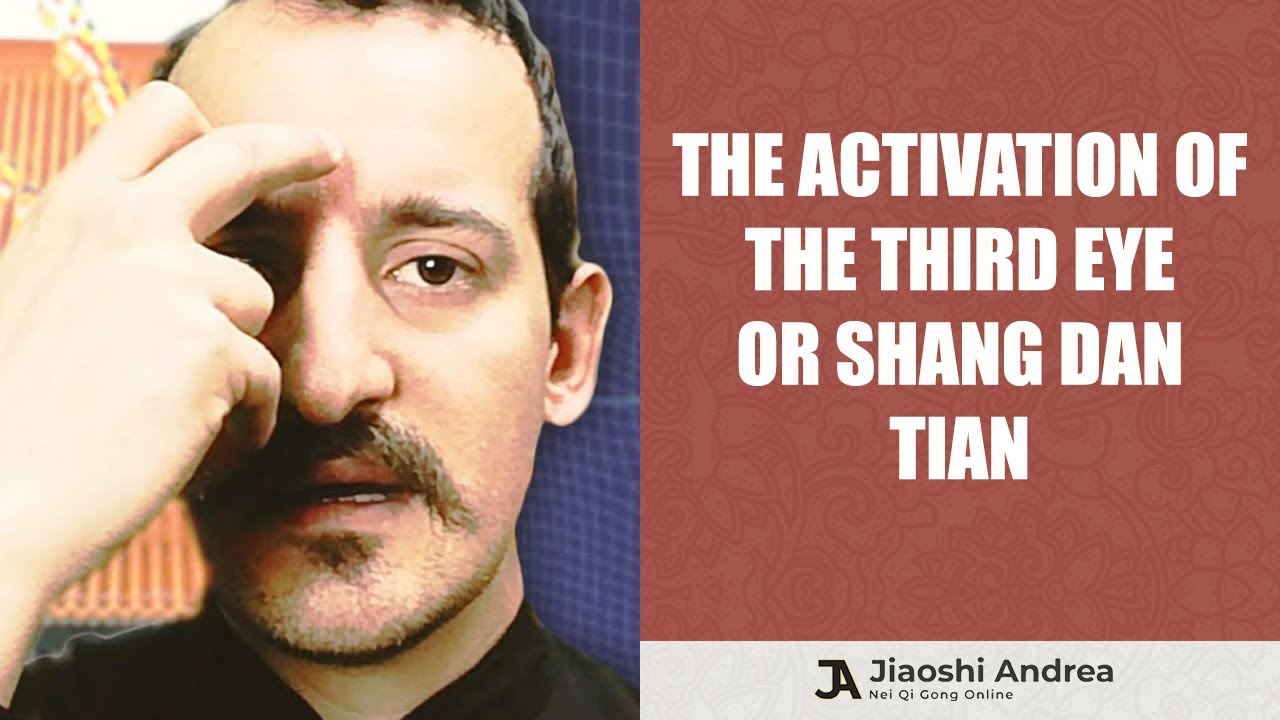 In many spiritual traditions the Third Eye, also called Shang Dan Tian in our system, plays a very important role in the process of one's own spiritual evolution. There is some confusion about it, due to the fact that spirituality has lost its strength as it has become widely available, creating lots of misconceptions about it. In the Nei Qi Gong school, we talk of three main energy centers: Lower Dan Tian, Middle Dan Tian, Higher Dan Tian. Each of these centers has very spec 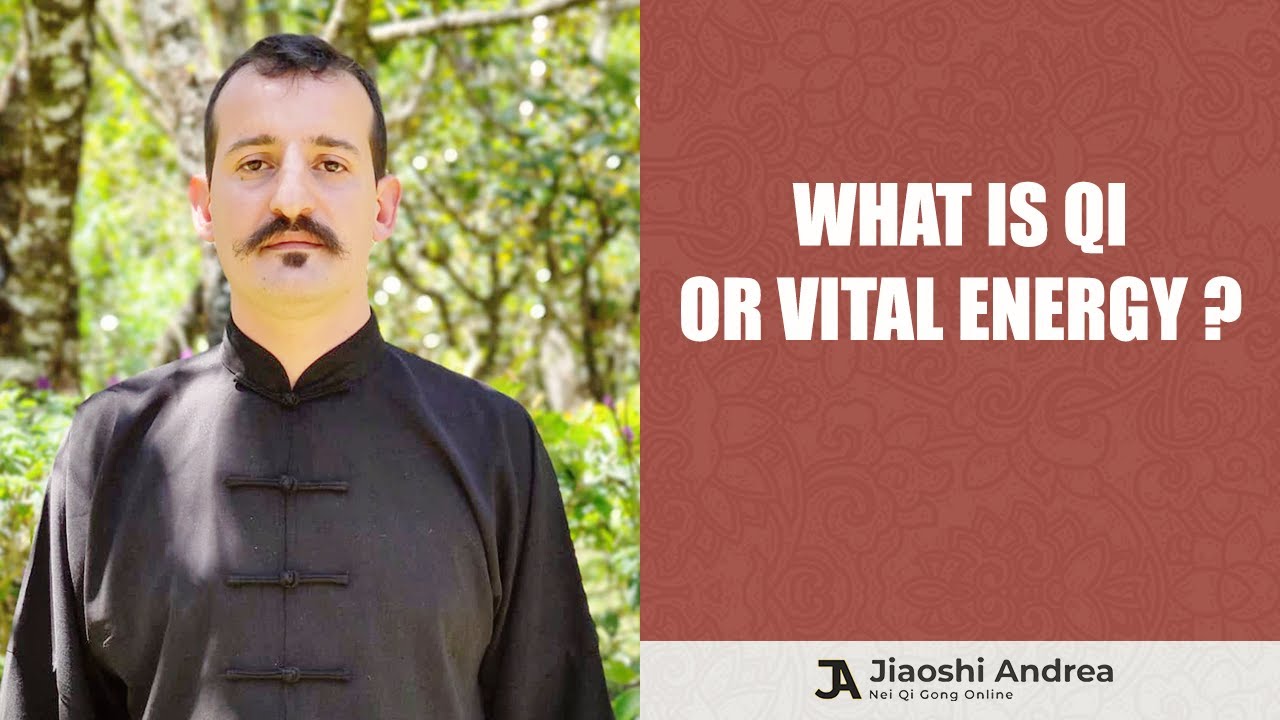 What is Qi or Vital Energy?

When asked "What is Qi or Vital Energy?" I will not be able to give a direct answer. For sure I can say that it is an aspect of existence, something that we can explore and grow within ourselves using particular ancient systems that are able to help us do this. These Qi Gong exercises have the goal in the beginning to help us become sensitive to this level of reality, by opening the meridians in our body, and thus starting the process of cultivation of Qi and strengthening th 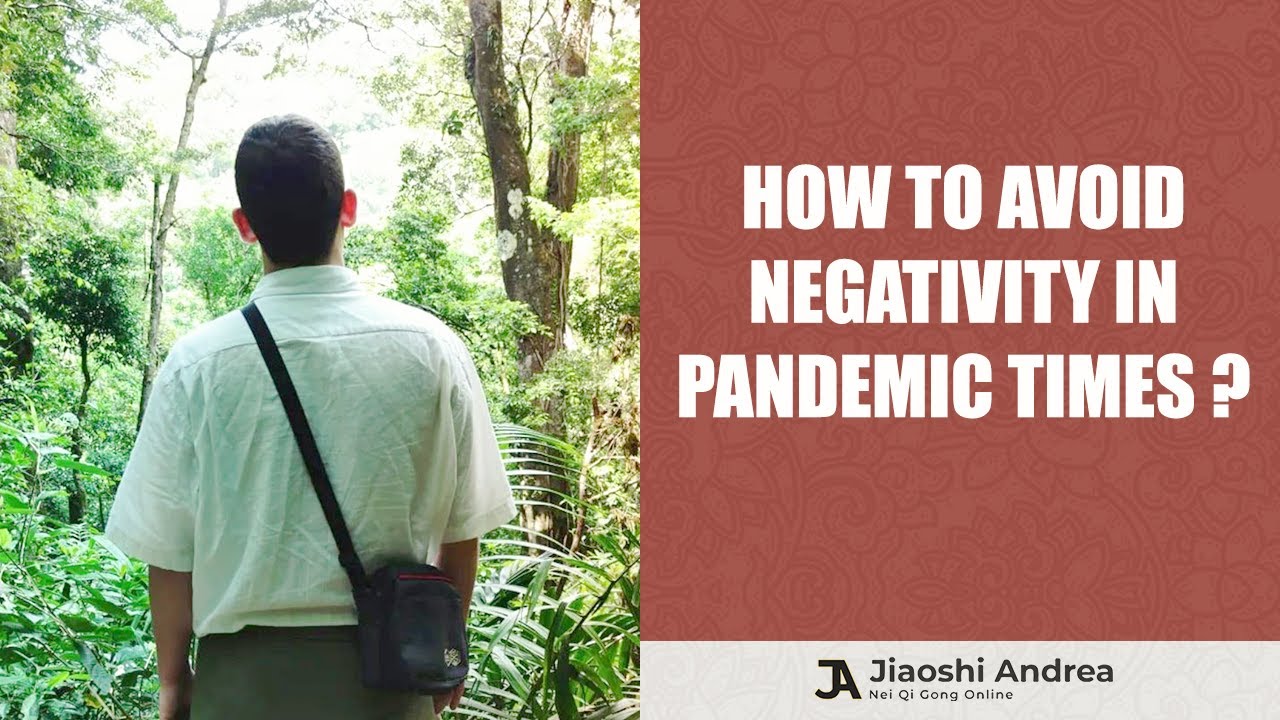 How To Avoid Negativity In Pandemic Times!

We are living a difficult moment in society which is creating even more pressure on our minds, filling it up with uncertainty. If the human condition is already quite chaotic, we have to understand that during this Covid-19 times, it is even more difficult to find stability. People are deadly scared of the situation, which is leading them to act in a quite erratic way. Their minds are under pressure, and their actions sometimes are out of control. When we are affected by fear 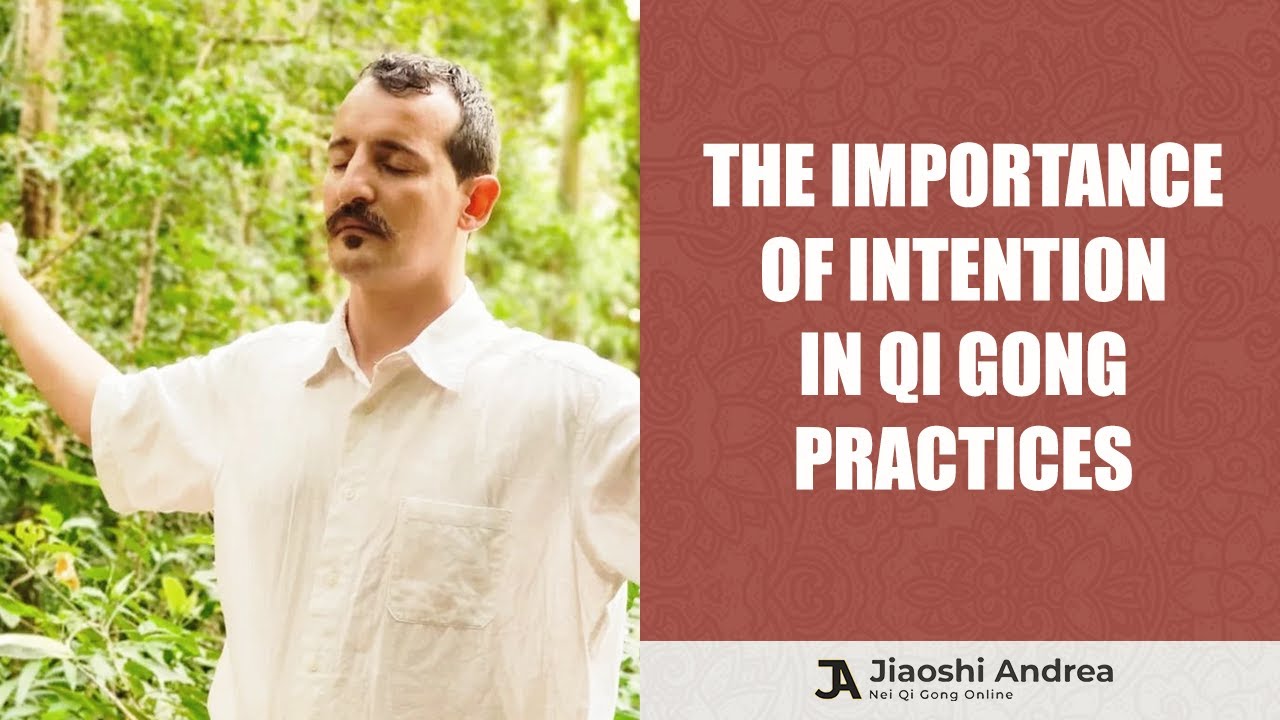 The Importance of "Intention" in Qi Gong Practice and Exercises

When we practice Qi Gong, we are working with our minds as well. While executing certain instructions that we might have learned, it is important to keep ourselves free from any expectation. In fact, practicing an exercise with the idea of developing certain energetic sensations might lead to a wrong territory, especially at the beginning of our path. We could end up imagining things that do not exist.Our intention plays a very important role in the Qi Gong practice, especial 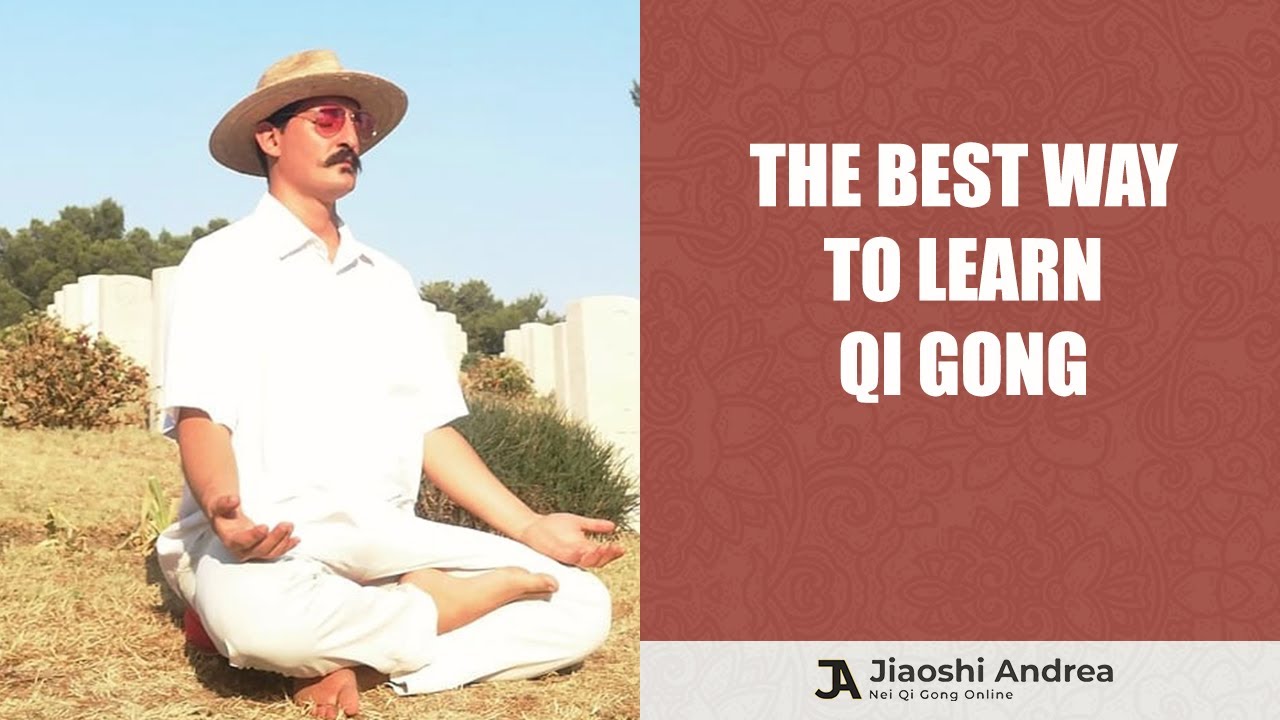 It is more and more difficult to keep people down to earth. Especially in the field of Qi Gong and spirituality, in general. Sometimes, people learn few things, practice for a very short period of time and feel that they have already understood the principles behind these technologies. The worst thing, that unfortunately happens many times, is that people feel entilted to give instructions to others or even teach. And they might even do that only because they have read some b 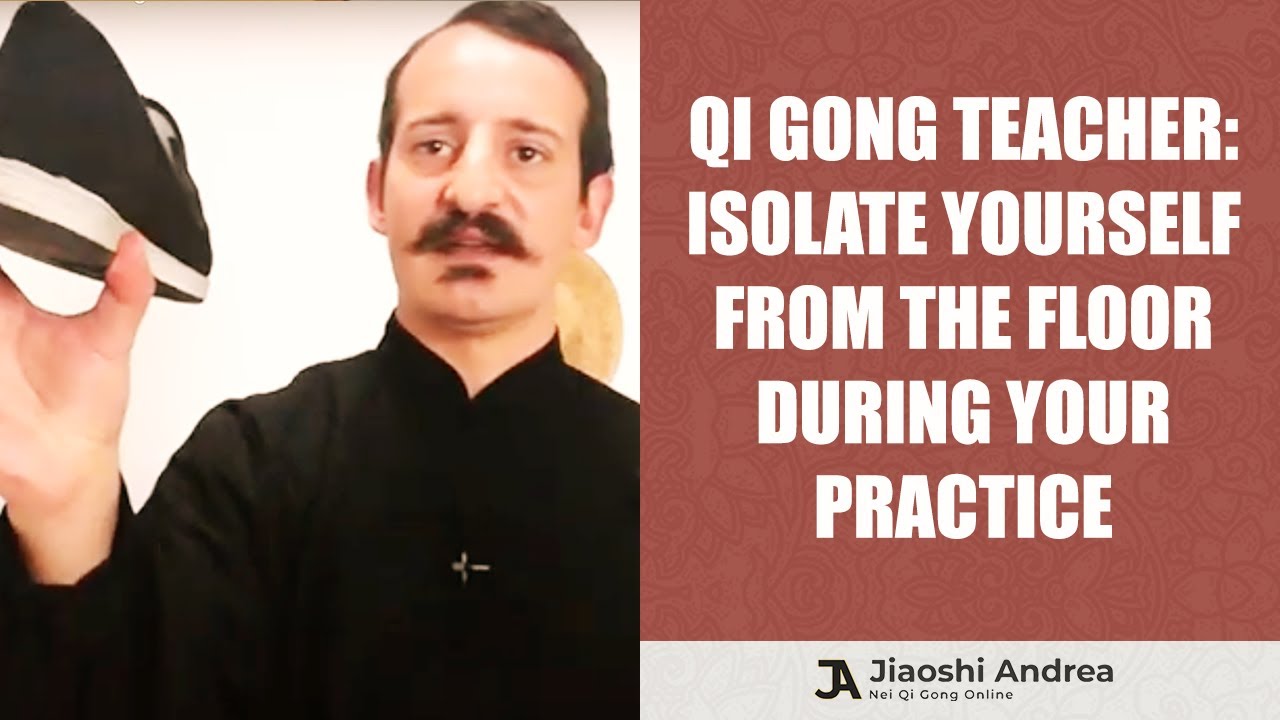 Qi Gong Teacher: Isolate yourself from the ground

There is a lot of confusion on the web about Qi Gong's best practices. Unfortunately, this is due to the fact that many Qi Gong exercises we find on the web do not come from proven systems, taught and shared by teachers who have an actual experience of Qi Gong principles. Nowadays, anybody reading a Qi Gong book feels entitled to give suggestions on how to practice to others. Sometimes in the wrong way. This is due to the fact that the topic of energy and spirituality has bec 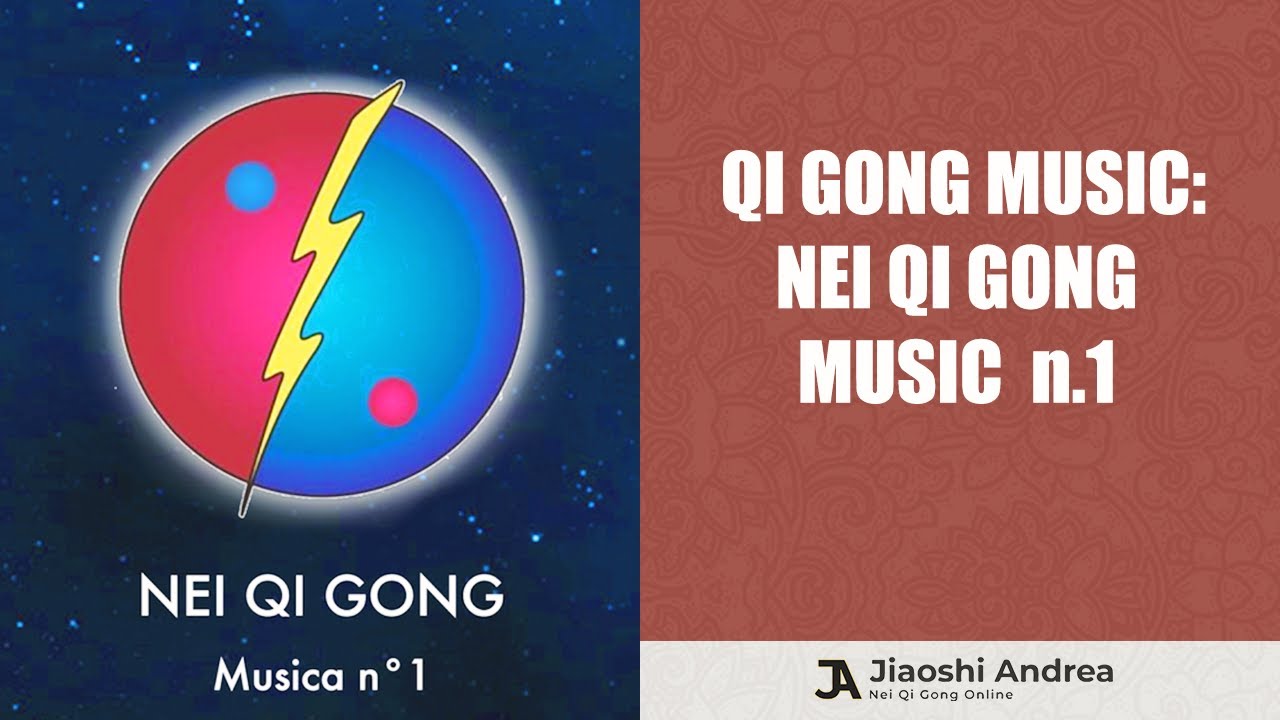 A while ago, I have created a piece of music suitable for the Nei Qi Gong practice. Under the "artistic direction" and guidance of Shifu Costantino Valente, I produced this music that could help practitioners during their daily practice: to relax more, and create the perfect dimension to enter more deeply into the essence of this discipline. The music was only available for purchase on the Nei Qi Gong Fu shop, (that I also have created). Now I have decided to make it availabl 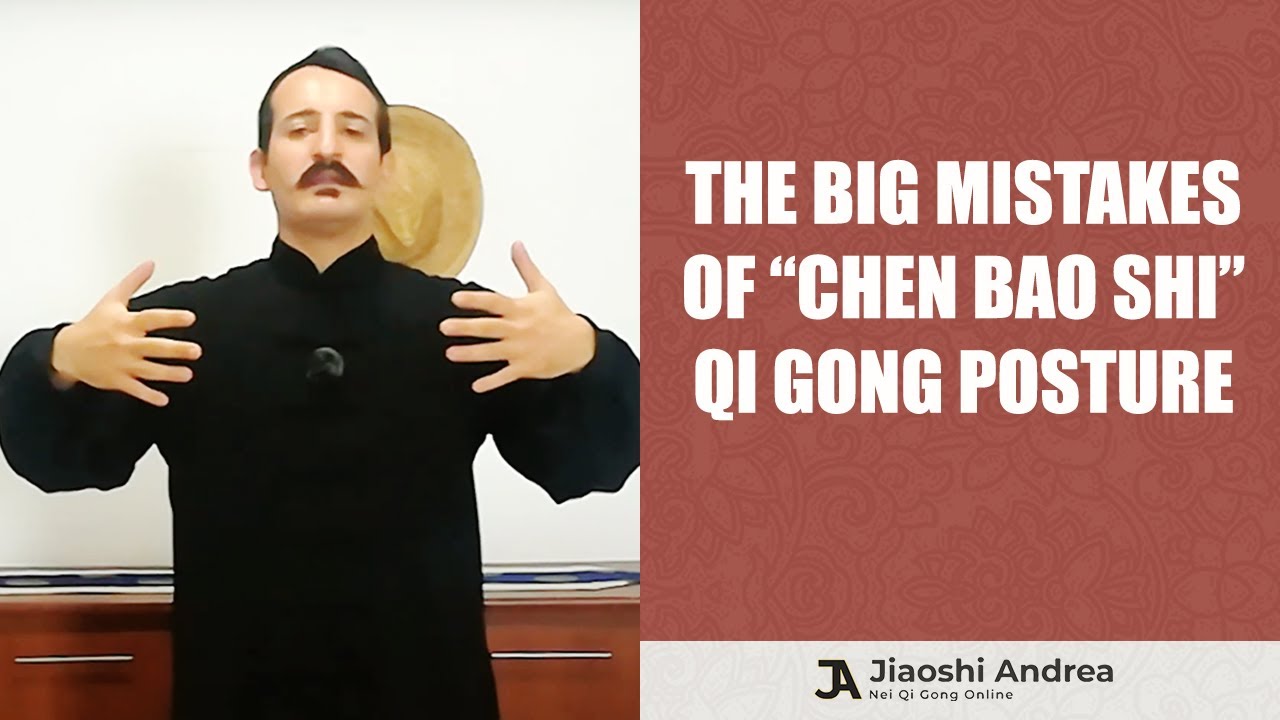 The current spiritual and energy practice scenario is a mess. Everybody on the web talks like an expert master, because they read some kind of book about Qi Gong or attend some kind of 2-day teacher training program. People discuss in the Facebook groups and give recommendations to each other on what is best to do and how, without having a practical and direct understanding of it. Most of the time, they are just starting out and following a "new age approach" to reality. So e 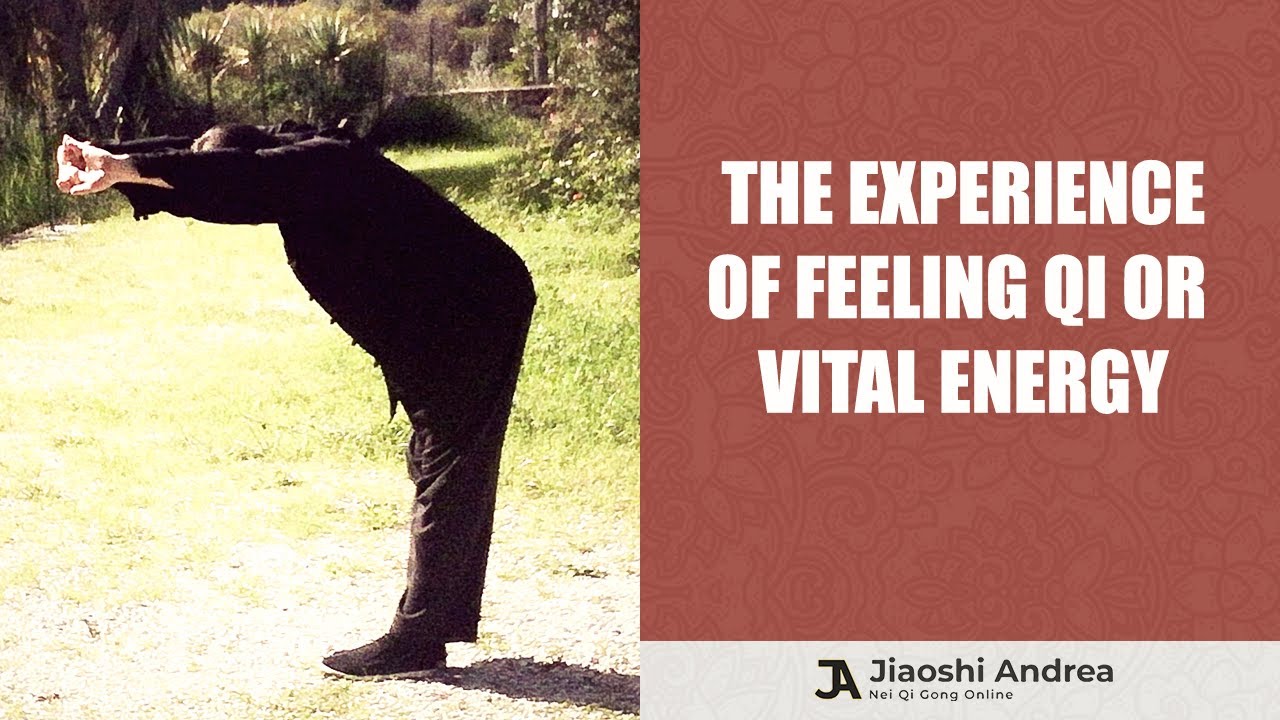 Qi Gong: The Experience Of Feeling The Qi (Energy)

When we start a Qi Gong practice for the first time, we bring lots of expectations to it. We start reading about Ying Qi, Yang Qi, Jing, Qi, Shen, and so on. Everybody on the web seems to have an opinion and intellectual explanation about it. However. the most important thing is the actual fact and experience of it. Although there are words and ways of describing the manifestation of Qi in the body, they do not represent the actual experience. And they might even create a wro 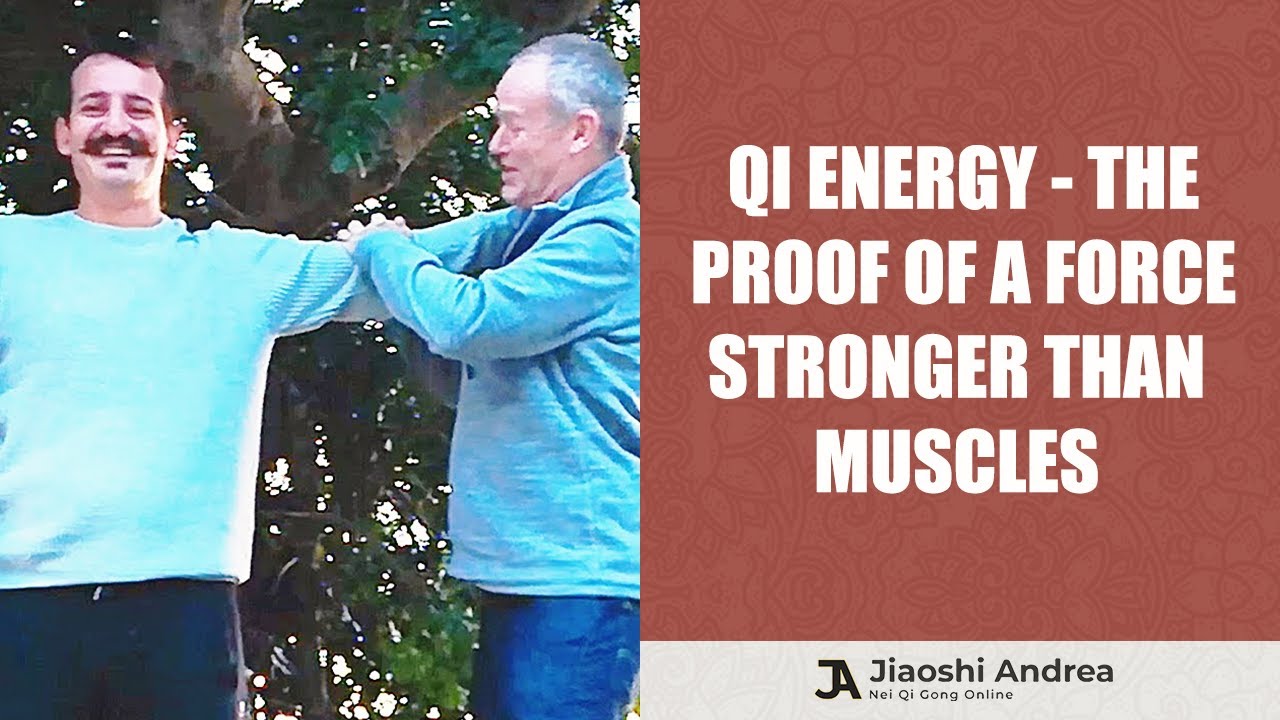 There is one force in the human body that is not based on muscles. That increases with time, rather than decaying with aging. This strength/force is not based on contracting the muscles. On the contrary, it is based on relaxation and filling up the body with this "mysterious thing", that Chinese people called "Qi or Vital Energy". We could say intellectually that this energy is everywhere, all around us. That it manifests itself, in various forms Yang Qi or Ying Qi, or Jing, 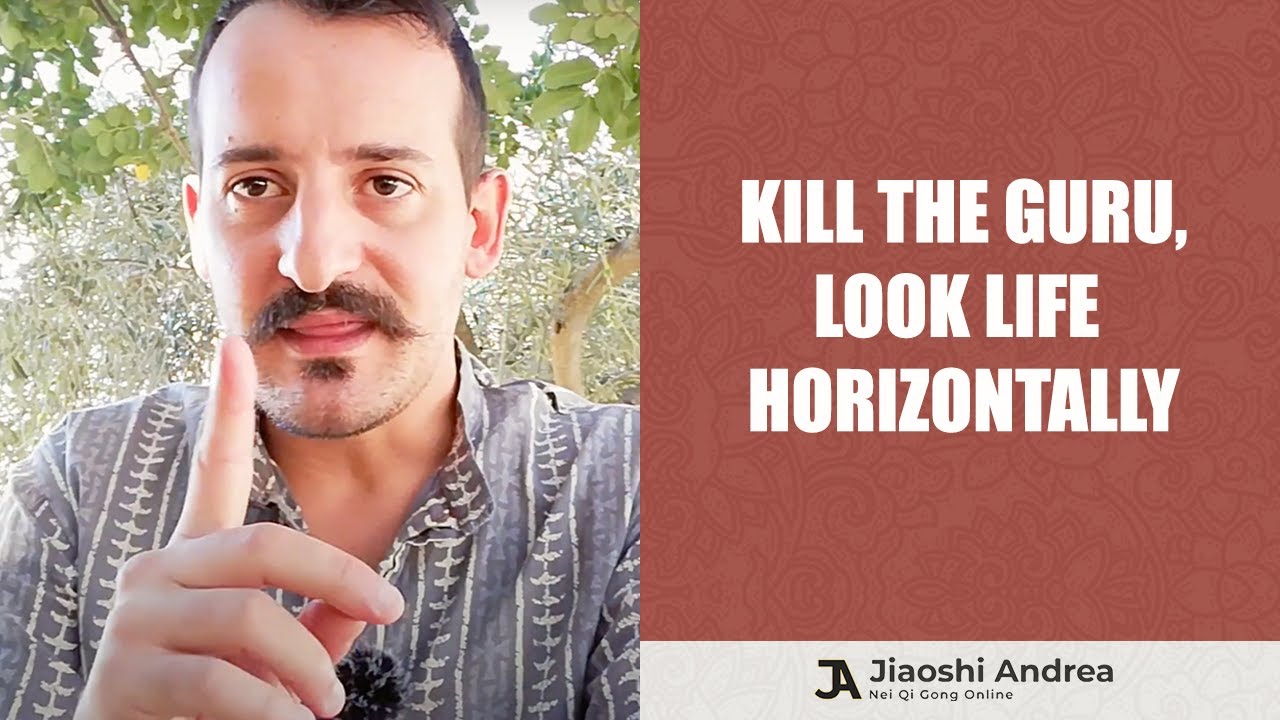 The biggest problem that we all have is that we do not think and see according to our own perspective. We see gurus, experts, teachers, as the ones who hold the truth. And we underestimate ourselves and our own possibility to experience and see things clearly for ourselves. We create images of people and things around us. Without taking into consideration that maybe what we see is actually a distorted perception of what things truly are. Instead of approaching any human being 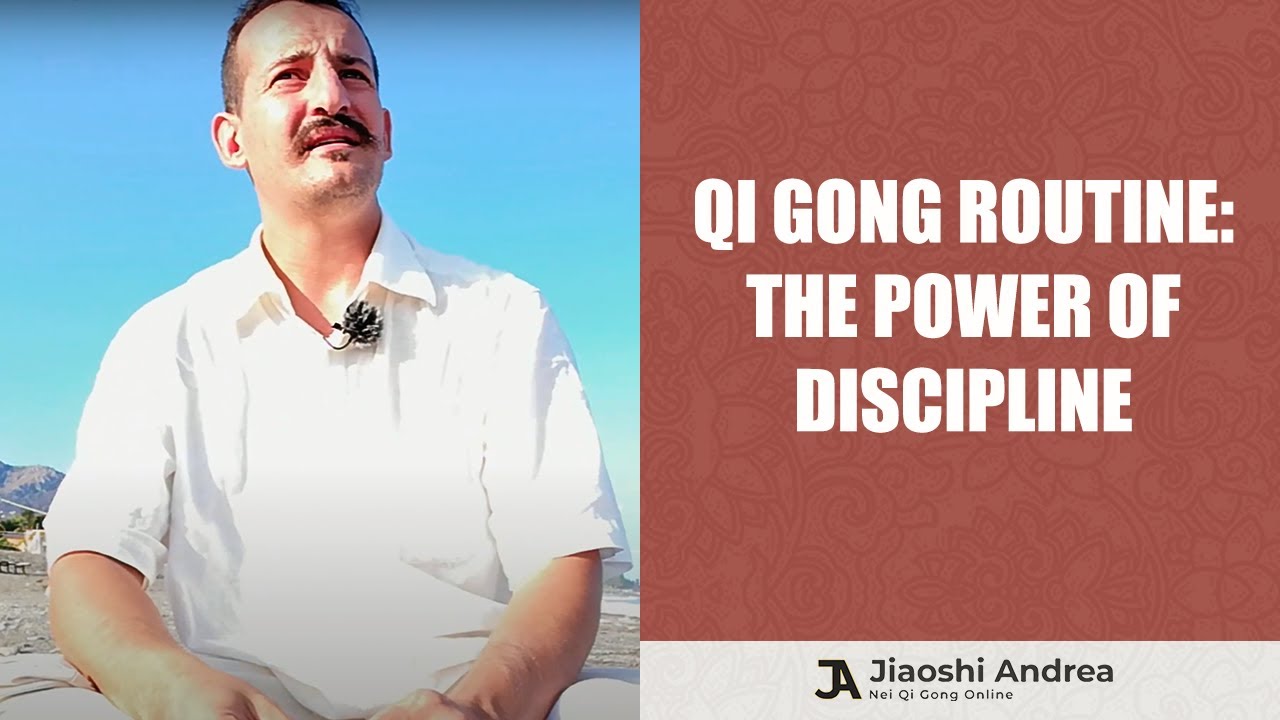 Life takes us through ups and downs constantly, and we cannot control it. However, we can optimize our system (body, mind, emotion, vital energy) to work for us, rather than against us. Putting us in the condition of dealing with anything we experience in life in a better way. The stronger we become, the more we are able to deal with what life throws at us. I understand that discipline might sound like a terrible word that creates a certain degree of pressure and lack of free 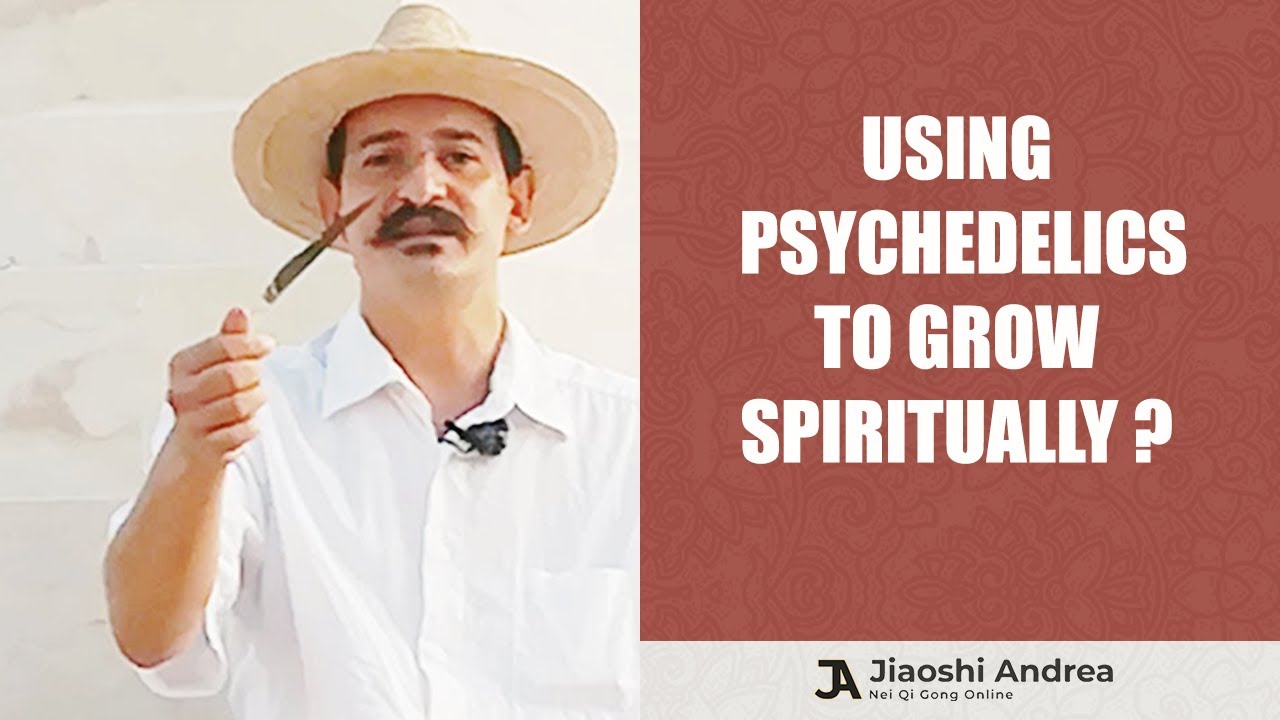 Do Not Acquire Beliefs, Pell Them Off (The Use Of Psychedelics To Grow Spiritually)

New exotic beliefs, spiritual systems, medicinal plants, drugs seem to be preferred ways to address the need of evolving from our own human condition. Whether we do that because we want to be happier or explore other human possibilities, sometimes we turn the human evolution process into a spiritual circus. Some of the people who explore psychedelic drugs get so much attached to those experiences, that they look for them over and over. Certain experiences, similar to those on 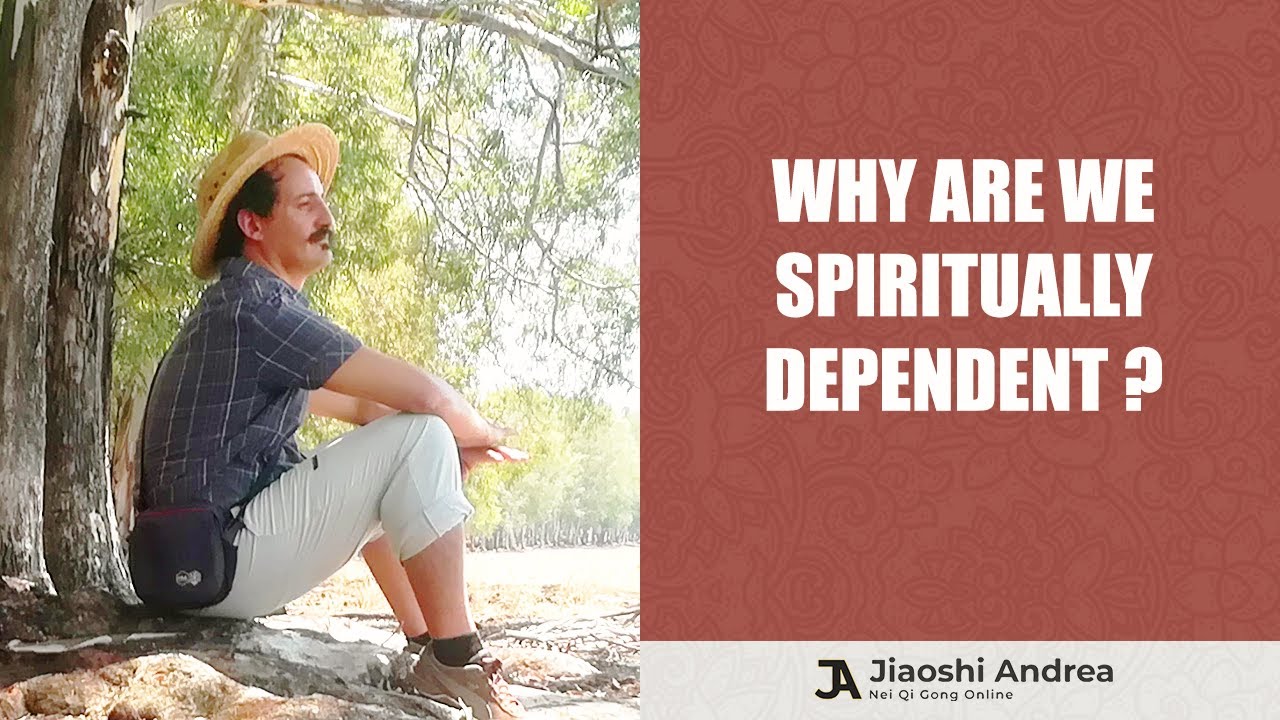 Why Are You Spiritually Dependent?

It does not matter if we talk of spirituality or not. There is a recurring factor in human beings which is putting other people down to create dependency or control over others. The reasons are different: some people do it for sake of power, others want to be more important, others to take advantage of others, and the list could go on. Unfortunately, in the spiritual field, people are really fragile and tend to trust anyone speaking with a certain degree of confidence. We do 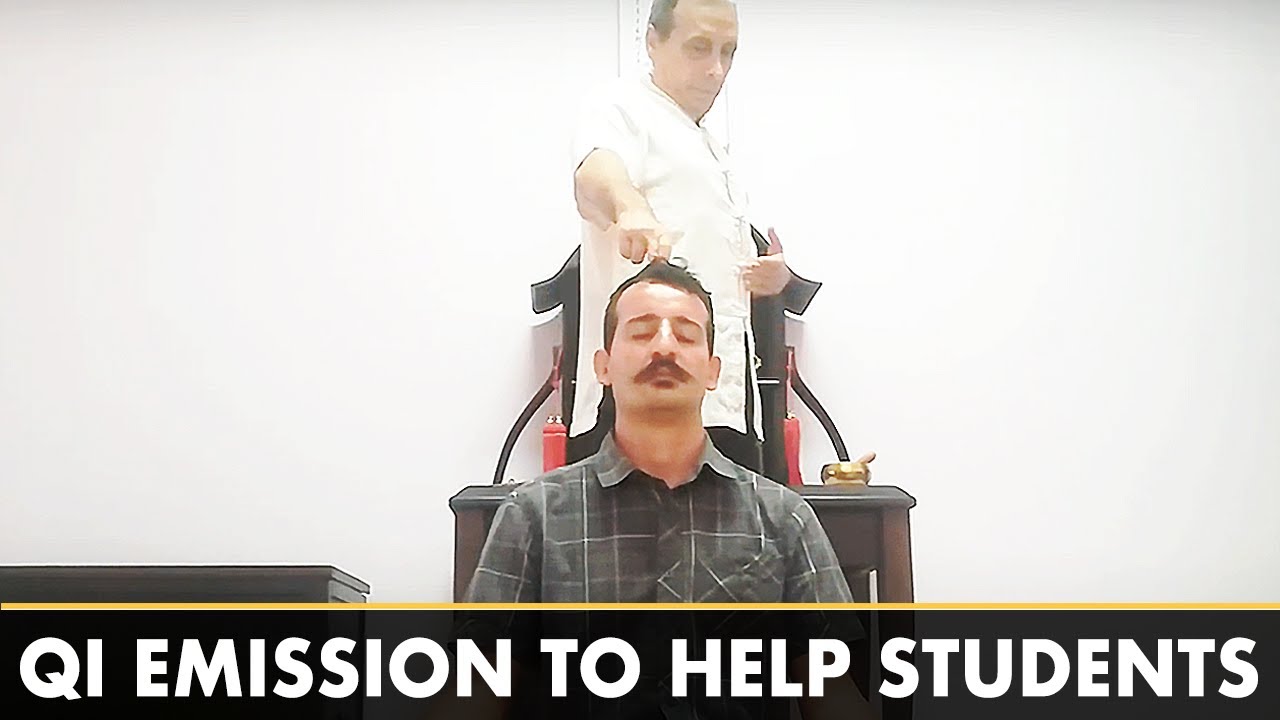 In this video, Shifu Costantino Valente is showing a different kind of Qi emission which has as the main purpose to help students in their energy growth. It is not as "shocking" as the electric one, which can make you jump from the chair. The sensation is different and it is more useful for the person receiving it.The Qi emission also called "Fa Gong or Fa Qi" is the process of emitting one's own vital energy out of the body. It can be done for various purposes. This external

(Fa Gong) Qi Emission by Shifu Costantino Valente - I Jumped From The Bed!

It is very rare that Shifu Costantino Valente shows a Qi emission (Fa Gong). Usually, he does not like showing off his capabilities because his main goal is to grow spiritually and emitting the vital energy means to throw it away and waste it. However, on that particular day, he came to me with the idea of filming a Fa Gong together, probably to help me spread the Nei Qi Gong system on the web and worldwide. I was quite surprised about that and I agreed on filming together. A

SEE THE CALENDAR & BUY YOUR TICKET